DISTRIBUTOR OF WINDOW FILMS SINCE 1983

Tecnosolar offers you the best solution to create a thermal coat for your glazing.

" Heat-insulating window films from the EcoSaving range are low-emissivity films that increase the thermal insulation of windows.

Due to their ability to insulate windows, EcoSaving thermal insulation films for glass retain heat inside buildings during the colder months, ensuring that a higher and more comfortable temperature is maintained.

In fact, the application of EcoSaving thermal insulation films increases the thermo-insulating capacity of glazed surfaces and, by reducing heat loss by up to 40 percent, ensures that less energy is wasted and thus more money is saved on utility bills.

For these reasons, it is precisely in the winter period that EcoSaving insulation films provide the greatest benefits, decreasing heat loss through windows and keeping rooms warmer for longer.

Installing EcoSaving heat-insulating films is a good solution where much of the warmth produced by indoor heating systems (radiators, fireplaces, electric stoves, pellet stoves, hot-cold air conditioners, etc.) is allowed to pass through the windows, dispersing first on the glazing itself and then externally to the building.

This effect, also known as "thermal bridging," is mitigated by EcoSaving heat-insulating films, which act exactly like a thermal shield capable of hindering the escape of heat, thus limiting heat loss from windows.

Less heat loss means less use of heating equipment and thus greater savings in economic terms on the cost of heating rooms. Thirty percent of all energy used to heat or cool rooms comes out of windows.

HOW DOES IT WORK ? 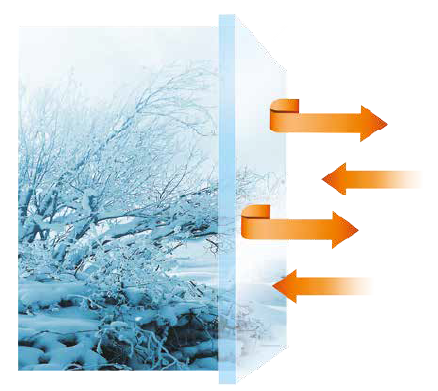 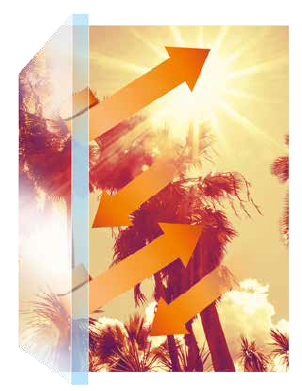 Do you want to discover the best solution to solve your glazing problems? All Madico window films are designed and tested to achieve the best product on the world market for window films.

We use cookies on our website to give you the most relevant experience by remembering your preferences and repeat visits. By clicking "Accept all" you consent to the use of ALL cookies. However, you can visit "Cookie Settings" to provide controlled consent.
COOKIE SETTINGSACCEPT ALL
Review consent

This website uses cookies to improve your experience while you navigate through the website. Out of these, the cookies that are categorized as necessary are stored on your browser as they are essential for the working of basic functionalities of the website. We also use third-party cookies that help us analyze and understand how you use this website. These cookies will be stored in your browser only with your consent. You also have the option to opt-out of these cookies. But opting out of some of these cookies may affect your browsing experience.
Necessary Always enabled
Necessary cookies are absolutely essential for the website to function properly. These cookies ensure basic functionalities and security features of the website, anonymously.
Functional
Functional cookies help to perform certain functionalities like sharing the content of the website on social media platforms, collect feedbacks, and other third-party features.
Performance
Performance cookies are used to understand and analyse the key performance indexes of the website which helps in delivering a better user experience for the visitors.
Analytics
Analytical cookies are used to understand how visitors interact with the website. These cookies help provide information on metrics such as the number of visitors, bounce rate, traffic source, etc.
Advertisement
Advertisement cookies are used to provide visitors with relevant ads and marketing campaigns. These cookies track visitors across websites and collect information to provide customized ads.
Others
Other uncategorised cookies are those that are being analysed and have not been classified into a category as yet.
ACCEPT AND SAVE