This characteristic means that the appearance of Lumisty changes from transparent to translucent depending on the angle from which it is viewed. Made from mylar, an extraordinarily strong polyester film, Lumisty’s unique effect is the result of its micro structure.

Lumisty appears clear or frosted depending on your viewing angle and comes in 3 types:

If you’ve seen Lumisty in action you’ve experienced the unexpected and delightful visual sensation it creates. Uponfirst encountering the product people are often struck by what they think is an optical illusion.

Walking past a window with Lumisty applied, a perfectly clear, transparent surface becomes, in a step or two, partially frosted. Two or three steps later, the same window is completely frosted. Walk backward or forward and its clear again. As the viewer’s angle shifts, so does the transparency or translucency of the film.

Words just can’t do it justice. 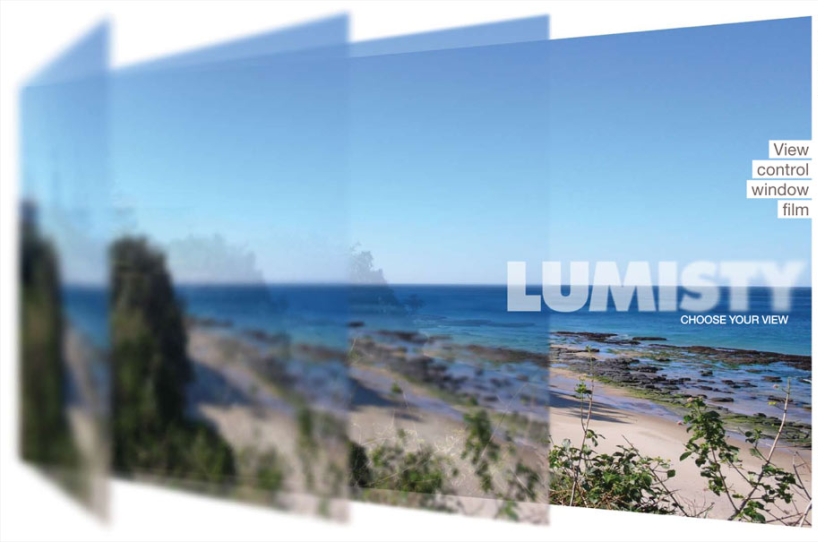 EXAMPLES OF THE INVISIBLE RANGES OF LUMISTY


The figures below illustrate examples of a vertical use of Lumisty, shaded areas are translucent.

The figures below illustrate examples of a Horizontal use of Lumisty, shaded areas are translucent.